Developers are very excited to get their hands on Visual Studio 2013!

Watch the recordings of the Tech Ed Australia sessions on Channel 9.

Update: Both videos are available now 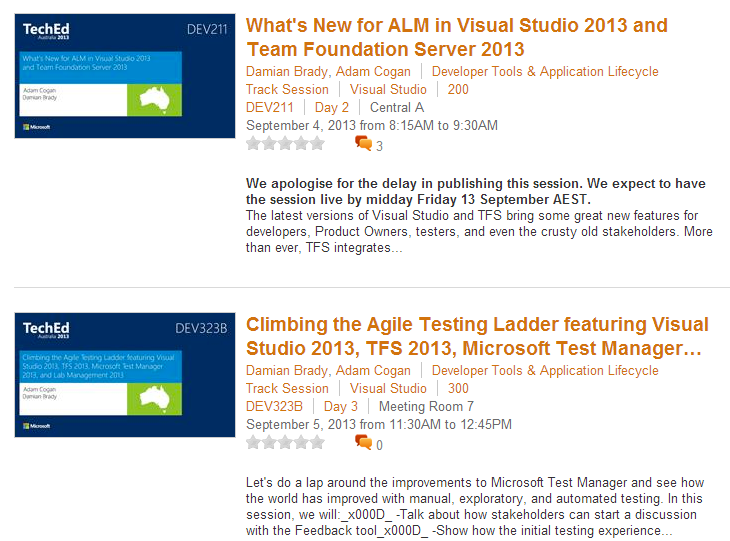 The rooms at Tech Ed Australia were packed!  About 450 developers came to see the two sessions showing just how popular the Visual Studio ALM stack is.

In my next post, I'll go through some of the highlights of the two sessions.

The new, shiny goodies in Visual Studio and TFS

Today, Anthony van der Hoorn and Nik Molnar announced the release of a new version of Glimpse with a…