After 4 great years with SSW, I recently moved on and joined Octopus Deploy. 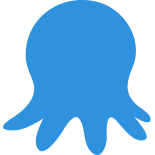 I've loved the product since I started using it about a year ago, and I quickly became it's primary champion at SSW. I helped put it into a few clients' pipelines and I even have a couple of videos about it on SSW TV.

If you haven't had the pleasure of working with Octopus Deploy, you're missing out - I joined not because of a bigger paycheck (spoiler: it's not bigger), but because I think it's a tool that delivers real value to people delivering software. I wanted to be a part of it and contribute to its success.

Octopus Deploy is a deployment automation tool for .NET developers. It helps you deploy everything your application needs to machines or cloud services in multiple environments in a safe, repeatable way. For the less technically inclined, think of it as a tool that helps programmers get new versions of their software to you.

One thing I've learned over the past few months is that Octopus Deploy can be used poorly, and it can be used really well. When a team uses it poorly, it's not always their fault (well, sometimes it is). The documentation around the product is pretty solid, but as is often the case with documentation, it tends to focus on how a feature works rather than when, why, and how you should use it.

A large part of my role at Octopus Deploy will be helping teams use the product really well. Not just in terms of picking the right features and knowing what's available, but also improving the deployability of their software. It's something we focused on a fair bit at SSW. As a developer, everything that happens after you've used your design, architecture, and coding skills to create a product can be automated. If you're on the infrastructure side, your skills are in the physical and network architecture and knowing what resources are needed and when. For both, the busywork of copying assets and changing configuration files every time there's an update is really a waste of your precious time!

I encourage you to give Octopus Deploy a try. At the very least, it can help you pinpoint areas of your software that are difficult deliver in a repeatable way. Feel free to contact me if you have questions or want to chat about Octopus or devops in general!

I'm really looking forward to what's ahead. Oh, and if you want to join me, we're hiring!

Excited about the release of Octopus 3.0? We are! Ready to download the MSI and double-click? Well not…

Just a quick solution to something I was banging my head against for a while. If you use the…